Are You a Terrible Meditator and Can You Fix the Problem?

Several years ago talk show host Michael Feldman of the NPR show “Whad’Ya Know” was interviewing author and The New York Times columnist Patricia Marks. Marks said she paid a lot of money for someone to teach her to meditate and the experience was awful. She said she hates meditation. Feldman agreed. He said, “I’m a terrible meditator.” He said he learned “the thousand petal meditation, and not one petal opened.” Presumably neither Feldman nor Marks has since tried a different meditation technique because of their bad experience. Others, however, don’t have difficulty meditating and see benefits quickly. So, is the problem the person or the meditation program?

Calm, Headspace, Breathe, Mindfulness, TM: Are Any of Them the Right Meditation?

If you look on the internet, you’ll find many writers saying that there are no rules about how to meditate. Just find one you like. They say you should expect meditation to be difficult, but sit there and do it, and eventually there will be benefits. Is this good advice? Is it really so difficult to practice meditation and get practical benefits? What makes meditation difficult for many people is the technique that is generally used. Many techniques involve either concentrating on an object or focusing on or monitoring something, for example the heartbeat, the breath, or a sensation in the body. But if that’s the goal, it’s going to be difficult because the mind wanders as we know all too well. What then would be easier?

At least one meditation takes a different approach. The people below look pretty settled and are practicing Transcendental Meditation (TM)[1], which is said by most to be easy to do.

Patricia Glispin, as one example, had the experience of finding TM was easier than other meditation programs, and she got the benefits she was seeking. For 35 years Glispin has been the women’s basketball coach at Clark University in Worcester, Massachusetts. But 35 years of coaching had left her in a stressed-out state. Finally, at the urging of a body worker she used, but very skeptical about getting results, she tried the TM technique. For her the TM results were gradual, but effective. She says:

I’m much, much calmer now. TM, once you get the hang of it, is just so gentle and relaxing. The other meditations were not easy. With TM, I’ve had huge benefits across the board—happier, healthier, much less stressed out, and I think gentler with people.

An analogy used to explain different types of meditation techniques is to compare the mind to the ocean. The ocean has a surface level that can have lots of waves and be turbulent, but it also has a deep, silent level. When we meditate using a focusing or monitoring technique, our awareness stays on the surface level of the ocean of consciousness. When we put our awareness on the surface level, such as on sensations in the body or our breathing, we are causing the mind to be aware of something, to be mindful of something. Tony Nader, MD, PhD, the head of the international TM organizations in over 100 countries, acknowledges that this can have benefits since focusing on one thing, to the extent we are successful, may prevent the mind from focusing on negative things, and in the process may calm the mind and relax us at least temporarily.

Other techniques that focus on positive emotions like kindness can also have benefits. Dr. Nadersays that whatever we put our attention on grows stronger in our life. As a result, there may bebenefits from continually putting our attention on being kind. But focusing the attention onpositive qualities, or on anything is putting our awareness on the different waves at the ocean’ssurface, rather than diving to the silent, perfectly silent depths of the ocean of consciousness.

In a You Tube video, Dr. Nader says that in the ancient Vedic tradition from which the TM technique derives, this experience of the silent depth of consciousness is called a state of samadhi; in Japanese and Buddhist traditions it may be called satori or nirvana, and it hasother names in other traditions. To some, this experience may sound intriguing, but whether or not that is the case, in scientific terms those advocating TM say it is important because the experience brings maximum calmness and coherence to the brain.

So, if we aren’t focusing or monitoring, what is involved in TM? Maharishi Mahesh Yogi, who introduced the TM program to the Western world more than 50 years ago, recognized that the mind wanders, but said it is wandering in search of greater satisfaction. That, he said, is the natural tendency of the mind and is why, for example, it is easier to listen to music than to focus on algebra; the music is more satisfying. TM then involves the use of a mantra, a sound, that is said to facilitate the attention being drawn inward to increasingly more silent levels, and once the process begins, the mind enjoys that quietness, and its natural tendency takes the mind to that silent level. However unusual the name “Transcendental Meditation,” it isn’t difficult, and it doesn’t require a person to be good at concentrating or focusing the mind.

If you have not succeeded in meditation and want to try a different technique, TM requires personal instruction and a course fee, but the TM organization does offer a money back guarantee for those not satisfied. For videos of others stating TM is easy (and effective) go to https://coherenceeffect.com/videos[2]/.

Jay B. Marcus has been a TM teacher for more than 45 years and co-author with Chris Clark, MD and Keith Wallace, PhD, of The Coherence Effect[3] (Armin Lear Press, publication date November 4, 2020) 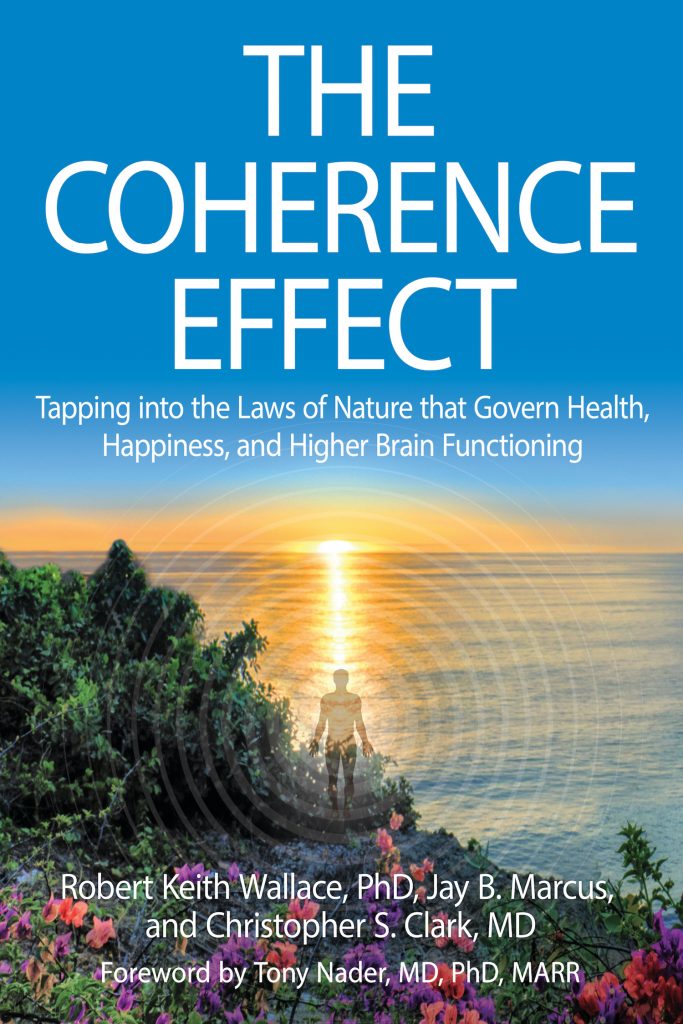